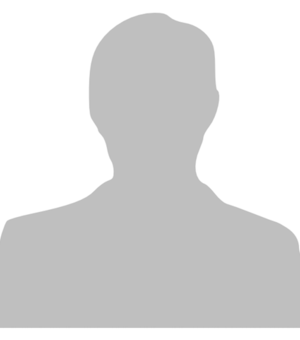 Biodiversity is highly unevenly distributed across geographic regions, through time, and between taxonomic groups. This pattern can be seen in many different lineages, and at various taxonomic levels. In this project, I aim to shed light on the role of natural selection during rapid evolutionary radiations in plants. In a first study (Nevado et al. 2016) we used RNAseq data from 55 species within Lupinus – a plant genus in the Leguminosae family that contains both very rapidly diversifying lineages (mostly high altitude, perennial species) and much slower diversifying lineages (low altitude, annual species). We showed that adaptive evolution was much more frequent in lineages that experience rapid diversification, compared to congeneric but more slowly diversifying lineages. Furthermore, we showed that frequent adaptive evolution occurred on both coding sequences and expression levels of genes. To test the generality of this finding, I collected and I am currently analysing RNAseq data from 11 rapidly diversifying plant lineages (80 species) focusing on lineages from some of the most diverse systems on Earth: oceanic islands (Hawaii and Canary Islands) and large mountain ranges (Andes, Rockies, and Himalayas). Example publications: Nevado et al. (2016).

Throughout their distribution ranges, species experience different selective pressures that can lead to local adaptation of different populations – and sometimes, be the first step in speciation. The Oxford ragwort (Senecio squalidus, Asteraceae) is a homoploid hybrid species, resulting from crosses between two Italian Senecio species (S. aethnensis and S. chrysanthemifolius), and was introduced into the UK ca. 300 years ago. Originally confined to the Oxford Botanic Garden, the species subsequently escaped and spread throughout the UK. Despite its recent origin and strong bottleneck associated with introduction to the UK, S. squalidus already evolved local adaptation to Northern or Southern UK. To understand the genomic basis of this extremely rapid evolution of local adaptation, I collected > 40 individuals from each of 4 populations in the UK (Exeter, Oxford, Newcastle and Edinburgh) and from the two parental species in Italy (S. aethnensis and S. chrysanthemifolius). I am using a combination of pooled and individual RNA sequencing and genomic sequencing, to reveal the genomic basis of rapid local adaptation, and in particular the role of natural selection and hybridisation in the successful evolutionary history of S. squalidus.

The large East African cichlid radiations are the most fascinating examples of rapid diversification and adaptation. During my PhD, I studied the role of climatic oscillations, and demographic processes, on the genetic diversity of selected cichlid species, and I maintain active collaborations in this area. Example publications: Koblmüller, Nevado et al. (2017), Nevado et al. (2009, 2011, 2013), Answeeuw, Nevado et al. (2012).

Publications (since joining the Department of Plant Sciences in 2014)

Azani N, Babineau M et al. (2017) A new subfamily classification of the leguminosae based on a taxonomically comprehensive phylogeny. Taxon 66: 44.